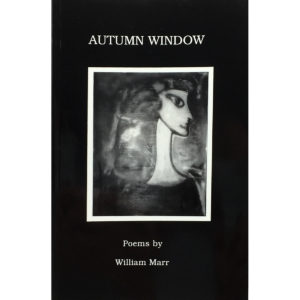 William Marr is an internationally recognized poet, writer, and artist.  He is also the father of DHT Ventures’ president and founder… my father!

When I was in engineering graduate school, I studied Chinese literature in one of my elective courses.  One day in class, I encountered one of the proudest moments in my life: we studied some of my dad’s works!

People know my dad’s poems for their unique style.  Noted in a Chicago Tribune article: his style is “lean and pointed, letting line breaks serve as punctuation and accentuation of meaning”.  His poems are often very short, yet they have layers of meaning and metaphor captured in them.

For his eightieth birthday in 2016, my brother and I established the William W. Marr Graduate Scholarship in Creative Writing at the University of Wisconsin-Madison.  Each year, a $1000 scholarship is awarded to a graduate student in my father’s name.  We are honored that we are able to acknowledge his passion and accomplishments in literature for generations to come.

Autumn Window is my dad’s first book of poetry in English.  They are translations of his own selected poems originally written in Chinese.  These poems are particularly special to me because he has used the messages in these poems to teach me life lessons when I was growing up.  I know you will enjoy and learn from them as much as I do.